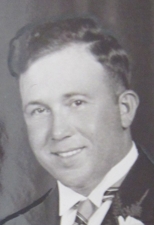 Mr. Cruz had been a fisherman since he was a young boy and had been skipper of the Ronald and Dorothy for more than a year. Previous commands included the Francis Manta and Palmers Island. He was a strong swimmer and had several rescues to his credit. He had saved his brother, Antone, who went overboard off Georges Bank.

Mr. Cruz was the son of Mr. and Mrs. Manuel Cruz Sr. He was survived by his parents, his brother Antone, his sisters Mary and Irene, and his wife of less than two years.

Manuel L. Cruz disappeared from the Ronald & Dorothy on June 19, 1942, somewhere between New Bedford and Woods Hole. His body was recovered on June 30 on a beach in Falmouth.