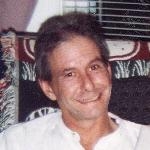 Glen Crowley had trained as a union carpenter but loved the sea and had worked as a scalloper for 17 years and had been working on the Northern Edge since September. He was passionate about the Yankees and rock music. He had two daughters, both in their twenties and a son, Glen.

New Bedford - Glen E. Crowley, 45 of New Bedford was lost at sea when the fishing vessel he worked on, the Northern Edge, san off Nantucket on December 20, 2004.

Mr Crowley was born in New Bedford, son of the late John E. Crowley, Jr. and the late Barbara (Avery) Crowley, and resided in the greater New Bedford area all of his life.  He was emplyed as a carpenter for several years and later became a commercial fisherman, working on varios local fishing vessels, the last being the Northern Edge.  Mr. Crowley loved the sea and his many friends, but most of all loved spending time with his family.

Survivors include a daughter; Rewbecca LaCroix of New Bedford; a sister; LuAnn Sullivan and her husband Michael of New Bedford; a brother; Robert J. Crowley and his wife Aline of Acushnet; his close friend: Teresa Dineen of New Bedfordand her daughter Melissa Dinnetto of Boston; and serveral nieces & nephews.

He was brother of the late Donna M. Jackson. 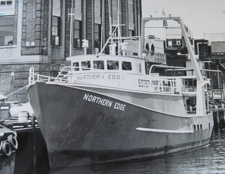