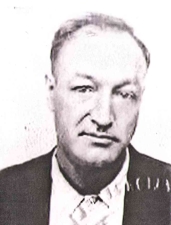 The Paolina left New Bedford on February 6, 1952, to fish near the Nantucket Lightship. On February 12, she was 32 miles south-southwest of the lightship with 30,000 pounds of mixed fish on board. The captain planned to leave for New Bedford at midnight to arrive on February 13. That night, there were heavy seas and gale-strength winds. On February 15, she was reported overdue. The Coast Guard began an air and sea search and found a small amount of wreckage from the ship but no trace of the seven-man crew. The search ended on February 18, owing to a northeast storm, the poor chances of finding anything further, and the need for the searching vessels to respond to other incidents, including the rescue operations for the tankers Pendleton and Fort Mercer, both of which had broken apart off Chatham, MA.