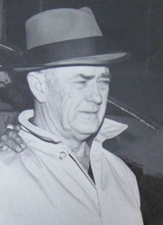 He was survived by his wife, Mrs. Margaret T. (Doll) Edwards; his mother, Mrs. Sally Edwards, of Morehead City, N.C.; three sons: George J., of Mattapoisett, skipper and owner of the Christina J, Sgt. John B., with the army in Vietnam, and David B., of Fairhaven, a fisherman on one of the New Bedford boats; two daughters, Mrs. Margaret Keenan of Mattapoisett, and Mrs. Diane J. Kelly of New Bedford; a sister, and three brothers, all from Morehead, N.C.; and 13 grandchildren.

John A. Edwards drowned on October 18, 1970, after falling off Steamboat Wharf in Nantucket. 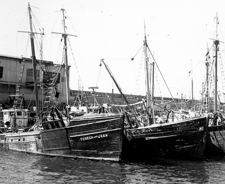