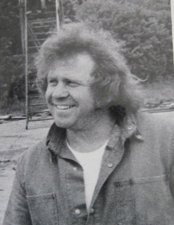 Mr. Schlemmer was remembered as "a family man, a hard worker, a well-respected fisherman, a motorcycle buff, a sometimes prankster, and a man who could show a gentler side to the more rougher exterior of a fisherman."

The Wanderer was on the way home near the entrance to Quicks Hole when she capsized in rough seas. The crew of the dragger Marie Kim saw the accident and alerted the Coast Guard, but neither her crew nor the extensive Coast Guard search located the two crew members, Michael A. Vieira and Karl M. Schlemmer. Divers found the men's bodies in the forecastle on November 27 but were unable to retrieve them. State Police divers recovered the bodies three weeks after the accident.