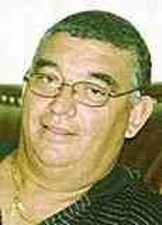 Antonio S. Mesquita, 56, of New Bedford, was lost at sea aboard the F/V Costa & Corvo which capsized on Thursday, Nov. 13, 2008. He was the beloved husband of Maria Isabel Mesquita. Born in Costa de Lavos, Portugal, son of Natalia Silveirinha and the late Jose Mesquita. He began his career as a fisherman at the young age of thirteen. Skipper Mesquita relocated to New Bedford from Portugal in 1982, to begin a better life for his family. He had worked on many fishing vessels prior to becoming Captain of F/V Lucimar in 1990; just recently accepting the opportunity to captain the Costa & Corvo, while waiting for renovations on the Edward L. Moore to be complete.

He was not only an avid fan of the Portuguese soccer team, S. L. Benfica but also attended his godchildren's basketball, baseball and football games.

Survivors include his wife and mother; his children, Sandra Silveirinha and Joao Silveirinha; a granddaughter, Payton Silveirinha; a daughter-in-law, Monica de Fraga; a sister, Alzira Bras; a brother-in-law, Capt. Jose Janardo; nephews Bruno Bras and Daniel Bras, all of New Bedford; and many family and friends. A Mass in his honor will be held at 6 p.m. Tuesday, Nov. 25, at Our Lady of Mt. Carmel Church. In lieu of flowers, the family would appreciate donations to be made in his name to a charity of one's choice.

Captain Antonio Mesquita and three crew members were hauling in a loaded fish net around midnight on November 13, 2008, when the load shifted to port and water flooded the deck. Mesquita went to the pilot house, where he was trapped when the boat capsized and sank in 120 feet of water on Georges Shoal, 118 miles east of Cape Cod. The crew members--Francisco Brito, Joao Matias, and Jorge Palma--survived by clinging to life rings. They were rescued by the crew of the Mary K. The Coast Guard cutter Seneca and a helicopter searched for the captain, but they were unable to find him.