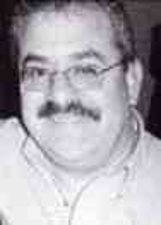 Mr. Barroqueiro was the son of Maria (das Flores) Barroqueiro of Portugal and the late Jose Barroqueiro. He was born in Murtosa, Portugal, and had lived in this area since 1980. He was the Captain on the fishing vessel Lady of Grace when she went down. He was buried in St. John's Cemetery, New Bedford.

From the Coast Guard Investigation Report: "On January 26, 2007, the 75-foot commercial fishing vessel Lady of Grace sank in Nantucket Sound during severe winter weather conditions while transiting to the vessel's homeport of New Bedford, MA. The casualty resulted in the deaths of all four crew members and the total loss of the vessel.

"The vessel departed New Bedford, MA on January 23, 2007, for Cultivator Shoal on the Georges Bank, on a routine ground fishing trip. On January 26, 2007 at 1753 local time the master contacted the vessel owner and stated he was cutting the trip short and heading back to New Bedford, MA due to deteriorating weather conditions. The National Weather Service offshore weather forecast for January 26/27, 2007, predicted gale force wind gusts 25-30 knots with gusts up to 40 knots. Seas were forecast to be between 6-9 feet with freezing spray likely. The Captain also reported the vessel was icing up. At 2256 on January 26, 2007, BOATRACS received their last contact position ping from the vessel and when the scheduled 30 minute automatic ping failed at 2330, an automated two hour position alarm countdown was initiated....at approximately 0500 on January 27, 2007...Sector Southeastern New England Command Center initiated a Search and Rescue case. On the morning of January 27, 2007, a Coast Guard helicopter discovered an oil sheen on the surface of the water in the vicinity of the Lady of Grace's last known position.

"On January 28, 2007, divers from the Southeastern Law Enforcement council located the Lady of Grace submerged in approximately 56 feet of water at the bottom of Nantucket Sound, resting on her port side. During subsequent dives in late January and February 2007 by the Massachusetts State Police Dive team, two of the deceased crew members were recovered. In late April 2007 the Lady of Grace was raised; brought to Rhode Island by barge; searched and inspected by the Coast Guard investigating Officer and the Massachusetts State Police Dive Team; and subsequently scrapped in May 2007. The remaining two crew members remain missing and are presumed deceased.

"The primary cause of the casualty was most likely attributed to a dramatic decrease in stability due to the added weight from a significant accumulation of ice."

The men whose bodies were recovered were Antonio Barroqueiro and Mario T. Farinhas. The bodies of Joao Silva and Rogerio Ventura were never found.