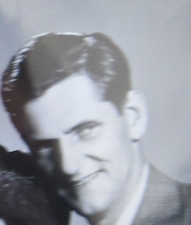 The dragger Margee & Pat was fishing on Georges Bank shortly before the gale of November 12, 1947. When she failed to return to New Bedford, the Coast Guard began a search, assisted by Army and Navy planes. The search continued until November 20, but no trace of the vessel was found.

In February 1949, a hulk was seen drifting about 100 miles east of Boston. It was thought to be either the Margee & Pat or her sister ship, the Belle, which disappeared January 9, 1949, with seventeen men aboard.