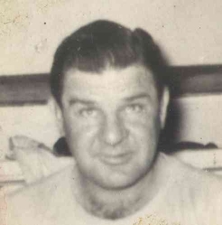 A native of New Bedford, Henry Zalewski had been a fisherman since 1938. He was a crew member of the Marie and Eleanor when the skipper and cook were washed overboard off Chilmark in the 1944 hurricane.

Mr. Zalewski was survived by his wife, Elizabeth (Nunes) Zalewski, and three children: Sonia, 7; Henry Jr., 6; and Nancy Ann, 3. At the time of his death, he had not seen his wife and children for nearly five months. They had gone to California to visit Mrs. Zalewski's brothers on September 1, returning home on January 22, when Mr. Zalewski was at sea.

He was also survived by two brothers, Walter of New Jersey and William of New Bedford; two sisters, Mildred Jakowiek of New Bedford and Anna Kowalski of Boston; and a half-sister, Josephine Zalewski of Boston.