Mr. Neild had lived in Owl's Head, Maine. He was survived by his wife, Nancy. His stepson, Leroy Wallace, was also lost when the Navigator sank. Richard Neild's body was recovered on January 10, 1978, about 90 miles south of Martha's Vineyard. 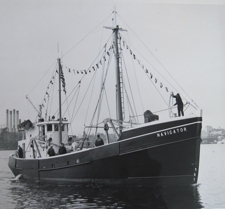